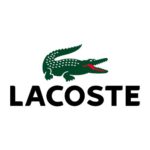 Touch of Pink is fragrance aimed at younger audience. The fragrance is energetic, feminine and joyous. The top reveals blood orange, coriander leaf, cardamom and peach, followed by jasmine, unexpected carrot, and spicy coriander note in the heart. The woodsy-musk base is softened with vanilla. The fragrance was created in 2004 by Domitille Michalon.
Touch Of Pink Perfume by Lacoste, Touch of Pink is an energizing, aromatic expression of joy. The youthful fragrance, launched in 2004, is a bright blend of zesty ingredients sure to fill you with optimism. Juicy peach and blood orange are the zingy top notes, fresh and succulent. Lemony coriander leaf and spicy cardamom add to the composition’s sparkle. An unexpected note of carrot is softened by lush jasmine at the middle. A dash of warm coriander leads into the creamy base notes of woods, musk, and sugary vanilla. Wear this uplifting perfume to inspire a cheerful mood.
The Lacoste fashion brand was founded in 1933 by Rene Lacoste and Andre Gillier. The company is best known for its signature sportwear, including polo shirts bearing an iconic green crocodile logo. The shirts were a staple of preppy wardrobes in the 1980s and remain popular to this day. The brand’s first fragrance, a men’s cologne, debuted in 1984.

Ren� Lacoste, a professional tennis player, founded Lacoste S.A. in 1933. They're best known for their signature tennis wear, which consists of polo shirts with the company's green crocodile logo. In the 1980s, Lacoste started selling fragrances. The first fragrance, Lacoste for Men, was released in 1984. Since then, a number of fragrances for men and women have been released, many of which have a sporty theme.

There are no reviews yet.

Before you go, leave us your contact details to get updated with the latest sales and discount offers.

Before scrolling further, leave us your contact details to get updated with the latest sales and discount offers.