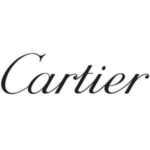 Cartier Declaration EDT 100ml for Him

Released in 1998, it is a real perfume, a perfume for a man who knows what he wants, and knows what he feels. Unforgettable fragrance of feelings. It is a message of vast expanses, worn with jewelry dedicated to freedom. Declaration is a masculine scent which has a blend of orange, cedar, birch and oakmoss. It is recommended to wear it during the day.

Cartier was founded in 1847 by Louis Fran�ois Cartier. Known for its exquisite jewelry and attention to detail, the company grew its reputation at the end of the 19th century. Cartier gained notoriety in 1904 when Luis Cartier created the first wristwatch for pilot Alberto Santos Dumont. Family ownership of the business ended in 1964, but the business continued to expand its business and reputation with boutiques around the world. The brand's offering expanded to include leather goods, pens and scarves in the 1970s, and the first fragrances - Must de Cartier for women and Santos de Cartier for men - were launched in 1981. Cartier has launched a series of successful perfumes over the years, many of them bearing the same name as their jewelry collections The Company and its watches. The designer Cartier has over 111 perfumes. The first edition was released in 1981 and the last edition in 2021.

Before you go, leave us your contact details to get updated with the latest sales and discount offers.

Before scrolling further, leave us your contact details to get updated with the latest sales and discount offers.